Latin and Introduction to Medical Terminology 2017 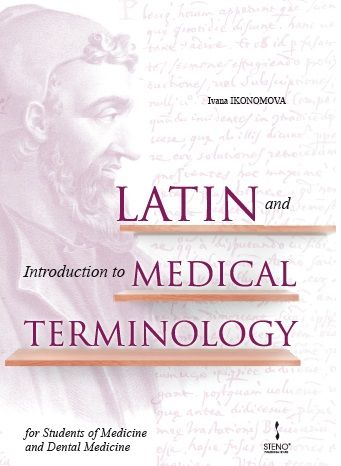 For Students of Medicine and Dental Medicine

Lingua Latina The Latin language Latin is an ancient Indo-European Language that was spoken in the Roman Republic and the Roman Empire. “Latin” derives from Latium, the name of a region in central western Italy where the city of Rome is. The conquests of Rome spread the language throughout the Mediterranean and a large part of Europe. It existed in two forms: Classical Latin, used in poetry and formal prose, and Vulgar Latin, spoken by the people. Vulgar Latin split into several regional dialects, which are the ancestors of today’s Romance Languages. Although considered a dead language Latin lives on in the form of Ecclesiastical Latin spoken in the Roman Catholic Church.

Latin terminology is widely used in law, philosophy, and medicine. How did it come that Latin became the language of medicine? Western medicine originated in Greece and Hippocrates of Cos (ca 460 BC – ca 370 BC) is considered to be the “father of modern medicine”. He himself and his students from the Hippocratic School of medicine coined medical terms many of which are in use nowadays. At the beginning of the first century AD, when Greek was still the language of medicine in the Roman world, Aulus Cornelius Celsus (ca 25 BC – ca 50, author of the encyclopedic medical work “De medicina” in eight books) faced the difficulty that most Greek medical terms had no Latin equivalents. He tried to solve the problem using different linguistic methods. Celsus imported a few Greek terms directly (e.g. pyloros; eileos etc.); latinized Greek words by replacing the Greek endings by Latin ones (e.g. stomachus, brachium), but his most important contribution is in anatomical terminology, where he retained the vivid imagery of the Greek anatomical terms when translating them into Latin (e.g. dentes canini for the Greek kynodontes, dog teeth; caecum for typhlon, the blind gut, etc.) During the middle ages many of the classical medical texts were translated into Arabic. Arabic scholars also made important contributions to the language of medicine and some Arab terms (e.g. nucha) entered medical language. During the Renaissance Greek was no longer widely understood and both Arabic and Greek works were translated into Latin. This is considered to be the era of Medical Latin.

All important medical writings were published in Latin (e.g. works by Vesalius, Harvey and Sydenham) and the medical vocabulary expanded considerably. The purpose of any language is to convey meaning. Scientific communications require a special terminology in order to express meaning very clearly and specifically. Therefore the terms of scientific languages are derived, for the most part, in a logical way by drawing from already established Greek and Latin word roots. Conciseness, precision and clarity have foremost importance in medical language, because a patient’s life may depend on expedient precise communications. Take an expression conveyed in medical terminology, compare it to its translation into ordinary English (or your mother tongue) and you will see that a medical term, even though it may be a long word, expresses a concept clearly and with precision, yet in less length of wording. The Latin alphabet, together with its modern variants such as the English and French alphabets, is the most widely used alphabet in the world.