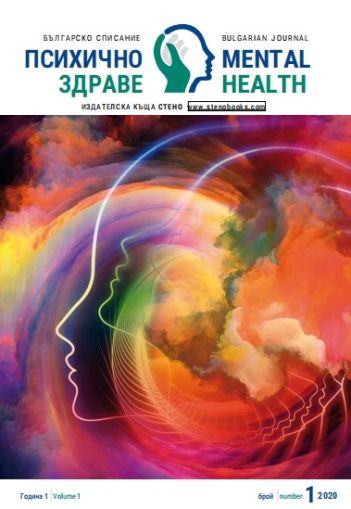 1. „Crisis? What Crisis?” The Crisis of Psychiatry Is a Crisis of Being
Vincenzo Di Nicola, MPhil, MD, PhD, FRCPC, DFAPA

Abstract:
Mental health is presented as complex, multifactor phenomena, which is closely connected with the feeling of well-being. In the article are described independent characteristics of mental health, which outline its phenomenological picture.
Instead of the model of homeostasis here is presented non-linear model of mental health, focused on complexity and dosed instability in functioning of the brain and the mental activity.

Abstract:
The purpose of the present article is to explore the psychometric characteristics of the Bulgarian version of the self-report Barratt Impulsiveness Scale - 11 (BIS-11; Patton, Stanford, & Barratt, 1995).

Five hundred twenty-two participants, including individuals with lifetime heroin, amphetamine, or polysubstance dependence completed the Bulgarian version of the BIS-11. Confirmatory factor analysis replicated the original three-factor structure of the BIS-11. The internal consistency of the scale was good (a= .84), as was the consistency of the three factors (.77 to .82). All factors were significantly correlated with each other. There were no significant gender differences in factor or total scores. Substance dependent participants had significantly higher scores than control participants. Theoretically expected associations
indicated that the scale has good external validity. Overall, findings with the Bulgarian version of the BIS-11 were consistent with those of the original BIS-11 scale.

Abstract:
The phenomenon of ethnocentrism is presented: what is ethnocentrism, which are its roots ant the factors, related to ethnocentrism – evolutionary biological, psychological and personal, social and cultural. Attention is turned towards significant research on ethnocentrism, as well as to the possible pathways to reducing its extent and distribution and restricting its influence. In order to create and improve inter-group connections, we need to understand ethnocentrism – its characteristics, the reasons for its existence and whether and how ethnocentrism could be reduced. By paying attention to the relationship between ethnocentrism and social, evolutionary and cross-cultural psychology and psychiatry we suggest its importance in the context of psychiatric theory and practice.

Abstract:
From a psychometric standpoint, the evaluation of the constructs connected to the subject of depression faces various challenges. On the one hand, in a purely epistemological sense, the good operationalization of the terms describing depressive symptoms can be hampered. On the other, when it comes to the direct measurement of depressive constructs in the test subjects, two trends can be noticed. Firstly, the use of well defined psychopathological terminology for a detailed description of emotional dynamics is not characteristic for the general population. Secondly, the use of everyday, non-scientific vocabulary is predominant, which impedes correct psychometric evaluation. This complication defines the necessity for a continual search for more precise instruments, which are easily applicable to more cultures. Another challenge is presented in the form of the nature of depression itself – its vast variety in symptoms, as wellas their severity and dynamics. This can be further aggravated when manifestations of depression develop comorbidly with a somatic (especially chronic) illness, such as oncological diagnoses. The diagnostics of psychological disorders in oncological patients is an essential part of the interdisciplinary approach to their treatment and often plays a vital role in the successful implementation of the treatment plans. In these cases, it is of utmost importance to not only administer a highly valid psycho-diagnostic tool, but also to institute swift, non-invasive procedures. All known psychometric instruments are often either too short in their procedural timeframe, or they demand a large period of time for successful implementation. In both cases, the validity of the results can be threatened. The introduction of psychophysiological methods, the increase in their instrumentarium, and their precise validation offer a new perspective for clearer and effective psycho-diagnostics, the application of which can provide further solutions for many of the various ongoing questions. 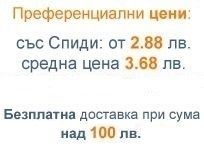